A Saturday or so ago, I hit up London Super Comic Con! I got to meet Mirka Andolfo and Terry Dodson, saw some brilliant cosplayers and spent way too much on new comics and art. LSCC is medium-sized and very much comic-book focused, and the experience was a little different to the big ones that have a broader pop-culture agenda like London MCM Comic Con or San Diego Comic Con.

I’ve been going to cons big and small (including a tiny one in Ireland focused exclusively on Discworld) since my university days in my Australian hometown. They’re tons of fun, but they can also be crowded, overwhelming and exhausting! So I decided to share my wisdom – and I asked veteran fans and comic book creators on Twitter to weigh in. If you’re a comic con first timer, this post is for you!

Me in a low-key “Wonder Woman-inspired” outfit, with a much more hardcore cosplayer! 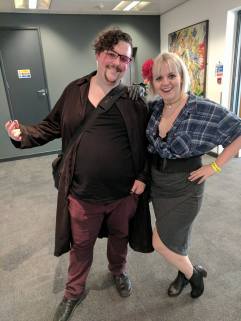 My husband Will as a genderbent Persephone from “The Wicked & the Divine”, and Emily as Bombshell-verse Black Canary.

(The amazing Wonder Woman cosplayer above is @KatyaFern, by the way. She was lovely, let me hold her sword and got an honorable mention in the cosplay contest!)

It’s not over ’til you stop talking about it

2 thoughts on “How to Comic Con like a pro” 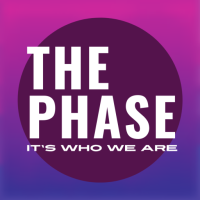 Making a joyful noise in the heart of London's east end

For all LGBT+ people (& allies!) who live, work or study in the London Borough of Tower Hamlets

Scene Magazine - From the heart of LGBTQ+ Life

News, opinions, comments, and features that cover all our LGBTQ+ communities

diary of a bisexual 20 year old

Bi+ women and non-binary people on life and culture

The best longform stories on the web